Child abuse can be one of the hardest things a parent has to think about or deal with. There are many misconceptions about the prevalence of child abuse. This is a very sensitive topic and as a parent you don’t want to think about your child being at risk. Ignoring the information can cause more harm than good. It’s important to empower yourself with knowledge about child abuse to help keep your family safe. I’ve done my best to tackle some of the myths and facts about child abuse and find infomation from credible resources. All references are at the bottom for more information.
Myth: Child abusers are more likely to be strangers or people you don’t know .

Fact: Most abusers are members of the child’s family—if not a parent, then a close relative (such as an uncle or an older brother or sister), or a member of the household.

Myth: Child abuse is rare and my children are not at risk.

Fact:  One in four young adults (25.3%) were severely maltreated during childhood. Some studies estimate that 1 in 5 children in the U.S. experience some form of child maltreatment:
•    Almost 1% were victims of sexual assault;
•    4% were victims of child neglect;
•     9% were victims of physical abuse;
•    12% were victims of emotional abuse.
Myth: Girls are more likely to be abused I need to protect my daughter more than my son .

Fact: Reports showed that girls and boys showed almost equal rates of being victims of abuse. Girls:  10.8 per 1,000 children and boys: 9.7 per 1,000 children.
Myth: Child abuse only happens with poor people who have no resources or have to share their sleeping space.

Fact: Child abuse occurs at every socioeconomic level, across ethnic and cultural lines, within all religions and at all levels of education.
Myth: Children are young. They’ll forget about any abuse as they grow older. It won’t affect them as adults.

Fact:  About one third of abused and neglect children will later abuse their own children, continuing the cycle of abuse. Adults who end up in prison or substance abuse are more likely to have experiences so sort of abuse as children.
Myth: I only need to protect my child from men but not from women.

Fact: Of the incidents reported, 45.2% of the perpetrators were male and 53.6% were female.
Myth: Only older children are at risk for abuse not babies, toddlers or preschoolers.

Fact: The NSPCC reported that over a third of all serious case reviews are in relation to babies less than one year of age. Children under 4 years of age are at greatest risk for severe injury and death from abuse. Age of most children who become victims of abuse and neglect: 18 months or younger.
Myth: My child would never let this happen to him/her. They would come tell me immediately!

Fact: Children who are abused are never at fault! They are often intimidated not to tell. Between 22-80% of children do NOT report the abuse depending on the type of abuse.

What are the signs for abuse?

•    Unexplained injuries: as well as hearing unconvincing explanations of a child’s injuries.
•    Changes in behavior: such as appearing scared, anxious, depressed, withdrawn or more aggressive.
•    Returning to earlier behavior: such as thumb-sucking, bed-wetting, fear of the dark or strangers.
•    Fear of going home or to the place of the abuser.
•    Changes in eating or sleeping: such as experiencing nightmares.
•    Changes in school performance and attendance: such as lack of concentration.
•    Inappropriate sexual behavior.

What to do when you suspect abuse or when your child reports abuse?

•    Keep calm. If you appear anxious or shocked your child may fear telling you more. Often times the abuser may tell the child that mommy and daddy won’t love them anymore if they report the abuse
•    Tell the child you believe them. It’s taken your child a lot of courage to speak up! Young children rarely lie about such issues. Believing your child will open the door to letting him tell you about the whole picture
•    Show interest and concern. Your child needs to feel he is being taken seriously  and know that you are someone he/she can come to for help
•    Reassure and support the child. Your child needs to know that he is protected. Letting your child know you will handle this and take care of him is reassuring.
•    Take action. If your child has reported abuse take action immediately depending on the resources in your area. Report abuse to prevent this perpetrator from victimizing other children. If the abuse has been by a family member, friend or person who frequents the house it is best to dismiss this person and cut all relations. Child abusers need serious psychological help. It is usually not a one-time incident or “accident” do not allow your child to be intimidated or living in fear that this person is still around.
•    Educate your child: on what touch is appropriate and what is not. Let them know their private parts are private and only mommy and daddy can touch you there for cleaning for example. Avoid telling your child “don’t let anyone touch/beat you” because sometimes children don’t have control over the situation and will feel guilty that they failed in the instruction you gave them. Empower them by teaching them to say No to such situations and to tell you immediately or to go to a trusted adult for help. These are things your child CAN do.
Remember that your child is the most important party in this situation. Trust your child and your instincts and take reports or suspicions seriously.

Center for Disease Control and Prevention

This image is property of http://www.parentsprotect.co.uk 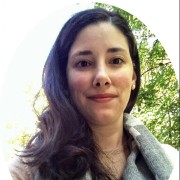 Having Fun with your Newborn

Learning through Play with Preschoolers

How To Manage Our Sugar Cravings In Ramadan